For those of you that didn’t know, Lulu had a febrile seizure a couple weeks ago and scared the ever loving bejeezus out of us! She’s fine and it wasn’t too serious, but the state she was in that night (vomiting, limp, unresponsive and glazed eyes) scary stuff lemme tell ya.

So anyway, this Thursday was just a normal day like any other day for us. I took my happy little man to work with me and everyone had a pretty darn good day.

On the way home from work I’m belting my heart out to something on the radio and I look in the rear view to check on my little man from the head rest mirror in the back. He has his head turned hard to the right and in my mind I think oh he must be listening to his mommy sing. He doesn’t see well and relies very strongly on his sense of hearing and you can always tell when he’s listening because he’ll turn his head in whatever direction of the sound.

We get home. I unload him and everything out of the car. I lay him on his play mat in the living room while I get a few things taken care of in the kitchen. (Poe had picked up Lulu and Atlas from daycare and is taking them to get a few things from Wal-Mart.) A typical day, just like any other day.

Then I walk into the living room and see Apollo lying there with his head still turned hard to the right. Why this stood out to me, I don’t know, a mother’s instinct I guess? So I go over to see what’s going on and that’s when I notice his left arm and hand twitching. (There’s a video below.)

I call Poe. I call my mom. I try to call the neurologist. And finally I call the pediatrician. At this point this has been going on to my knowledge for over 20 minutes. Dr. B tells us to head straight to the emergency room. Luckily my mom had come by and was able to ride with us. It was nearly two and a half hours from the time I noticed the symptoms before he was completely clear of any seizure. TWO AND A HALF HOURS.

After dealing with the MOST moronic doctor on the face of this planet (whom we later found out would no long be working there thank god) we got transferred to Children’s in Birmingham. And can I just say, this place and the doctors and nurses here are FANTASTIC. I would give anything to be able to come here with all of my children for everything. As you can tell from the pictures below our little man has been kicked back and chilling like a king up in this baby bed.

So, just for a run down of what’s gone down since we got here. A few hours after we arrived they did a spinal tap to look for any sort of infection that might have caused the seizure. Initially they found nothing, but we’re now waiting 48 hours to see if the culture they took grows into something. I guess maybe just in case there is something there they couldn’t see that grows and becomes more apparent over a period of time. They’ve also put him on a new seizure medicine (Keppra) just to ensure he has no more seizures. He’s already been on Clonazepam since he was six weeks old. When he was initially diagnosed with Microcephaly he was EXTREMELY irritable and the neurologist explained that it would help basically calm the neurons in his brain that were agitated from the areas of calcification.

He’s gone from 3 doses a day on the Clonazepam to eventually two and then about a week ago down to one. That is also something they’ve considered as a possible reason for him having a seizure, the change in dosage. But with his neurological condition he’s more prone to seizures as it is so there’s probably a good chance they won’t actually be able to pinpoint the exact reason. ( My words, not the doctors. I’m just guessing.)

I figure we’ll probably go home knowing no more than we know now, but that’s fine with me as long as our sweet little man is still our same sweet little man. He’s been kind of irritable and just not himself these last maybe 12 hours or so and we’re thinking it may be the new seizure medicine he’s on. My hope is we get that figured out, get this boy feeling like his old happy self again and head home and keep doing what we’ve been doing. Living a happy life and loving every minute of it.

Things have taken a turn for the better since I started writing this!

Apollo had been constipated all day yesterday so the doctors gave him a suppository last night and this morning we pooped and we are our old happy cooing self again. Yayyy!

The doctors just came in as well and told us they see no reason for concern about infection with any of his lab results so it looks like we get to go home today. Super duper yayyyyy! I know my moms been keeping everyone updated on Facebook, but I felt like I should help her out a little.

It blows my mind sometimes how many people in our small little town care about our precious little Apollo, but we couldn’t be more grateful for all of the thoughts and prayers everyone has sent our way.

This life isn’t what we expected but as I’ve said many many times before, I wouldn’t change it for the world.

Thank goodness I thought to video the seizure. It was extremely helpful to all the doctors. 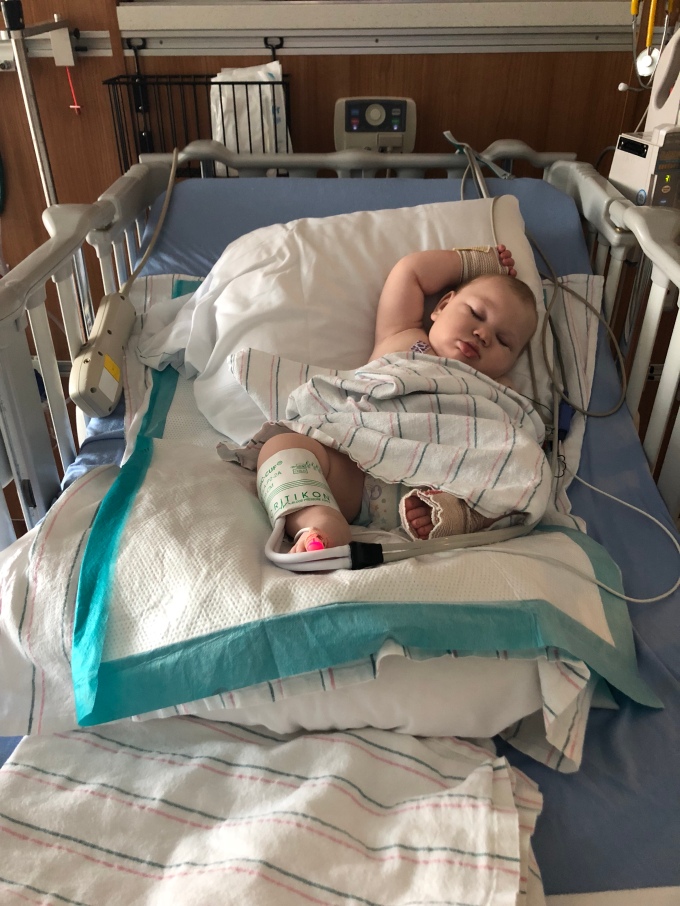 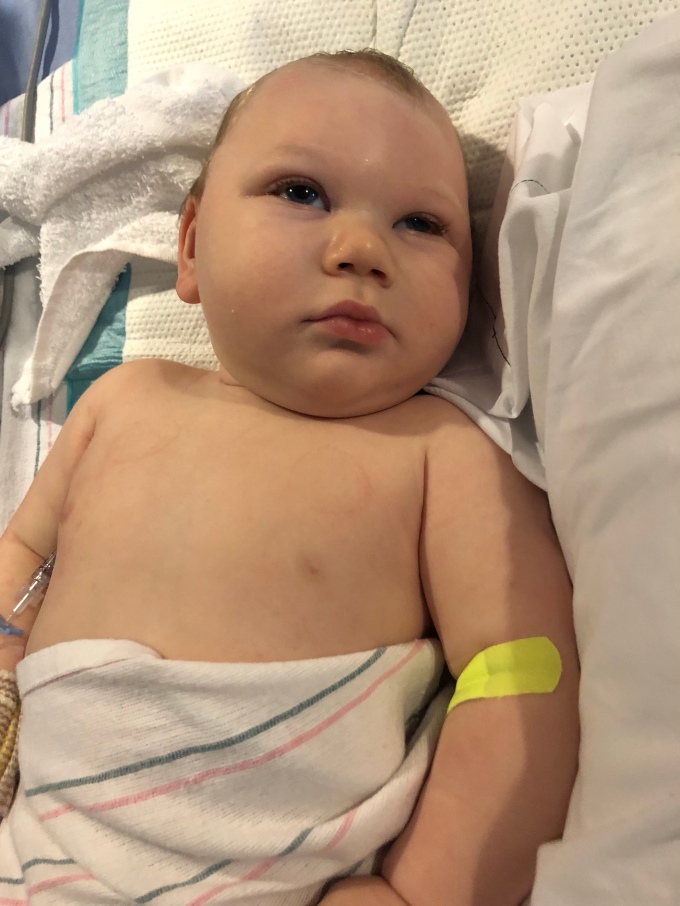